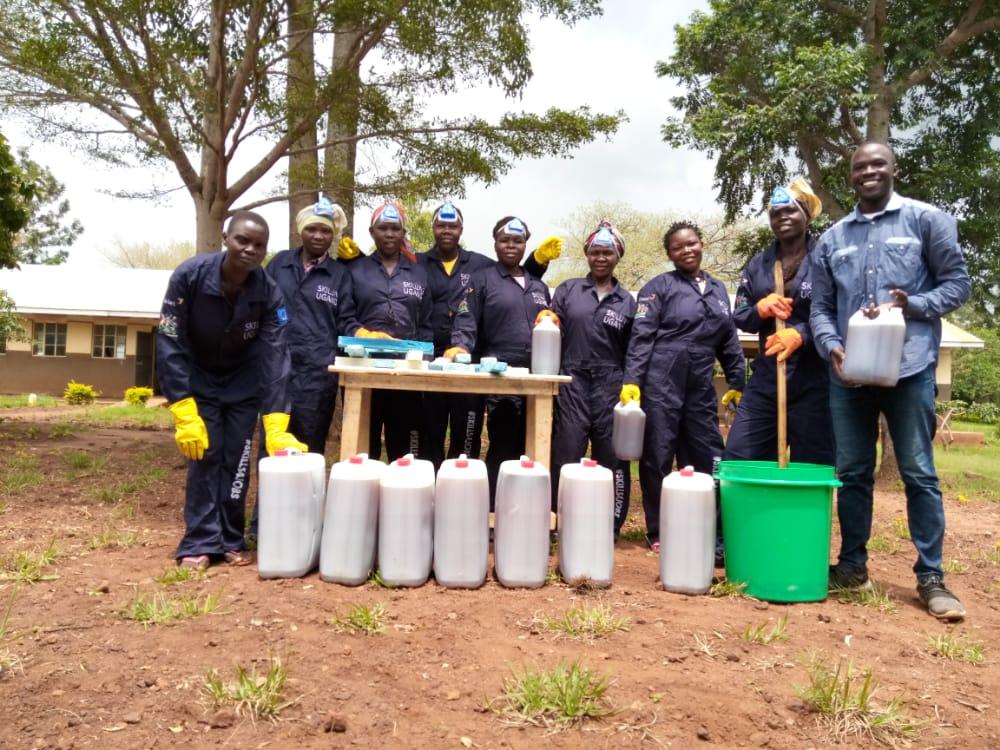 Another 350 young people in Uganda’s West Nile region have enrolled in short term skills training courses organized by the Belgian development agency Enabel.
This brings to 2,550 the total number of youth, both Ugandans and South Sudanese refugees, who have benefited from the programme in the last four years.

The new batch of students, based in the districts of Arua and Yumbe, are trained in bakery, shoemaking and soap making, which are marketable enterprises in the area.
“The courses last between 10 and 100 hours,” says Enabel’s training manager, Robert Kisoma. “At the end of the training, the beneficiaries receive a start-up kit to enable them start a business.”

Bakery students are given a frying pan and a bag of wheat flour. Students in shoemaking get sowing needles and a shoe frame, while those in soap making receive a mold, a weighing scale and a bucket.
The project, funded by the European Union Emergency Trust Fund (EUTF), aims to contribute to the peaceful co-existence of host and refugee communities. The region hosts over one million refugees.

It also aims to address youth unemployment and poverty in West Nile – the second poorest region in Uganda, according to the World Bank.

Indeed, a 2015 baseline study found that 71 percent of the youth in the region lived in extreme poverty, while an estimated 31 percent was unemployed.

One of them was Jackson Eneku, a 23-year old Ugandan resident of Arua. Since he dropped out of secondary school, he had no way of making ends meet.
Eneku was selected to participate in the bakery training and received the start-up kit. Now he is earning on average UGX30,000 a week from the sale of his locally baked bread.

In the neighbouring district of Adjumani, Betty Doru, a 24-year old South Sudanese refugee who completed the same course, started a bakery with some fellow students.
“With the sale of our bread, we have set up a saving scheme. Members can borrow money from the scheme to support their families,” she says.

Kenneth Kaunda, Enabel’s Skills Development Director, says after the training, most beneficiaries either become self-employed or find a job.

The majority see their income increase significantly. Research conducted by Enabel found that 80 percent of beneficiaries saw their earnings rise by at least 50 percent.