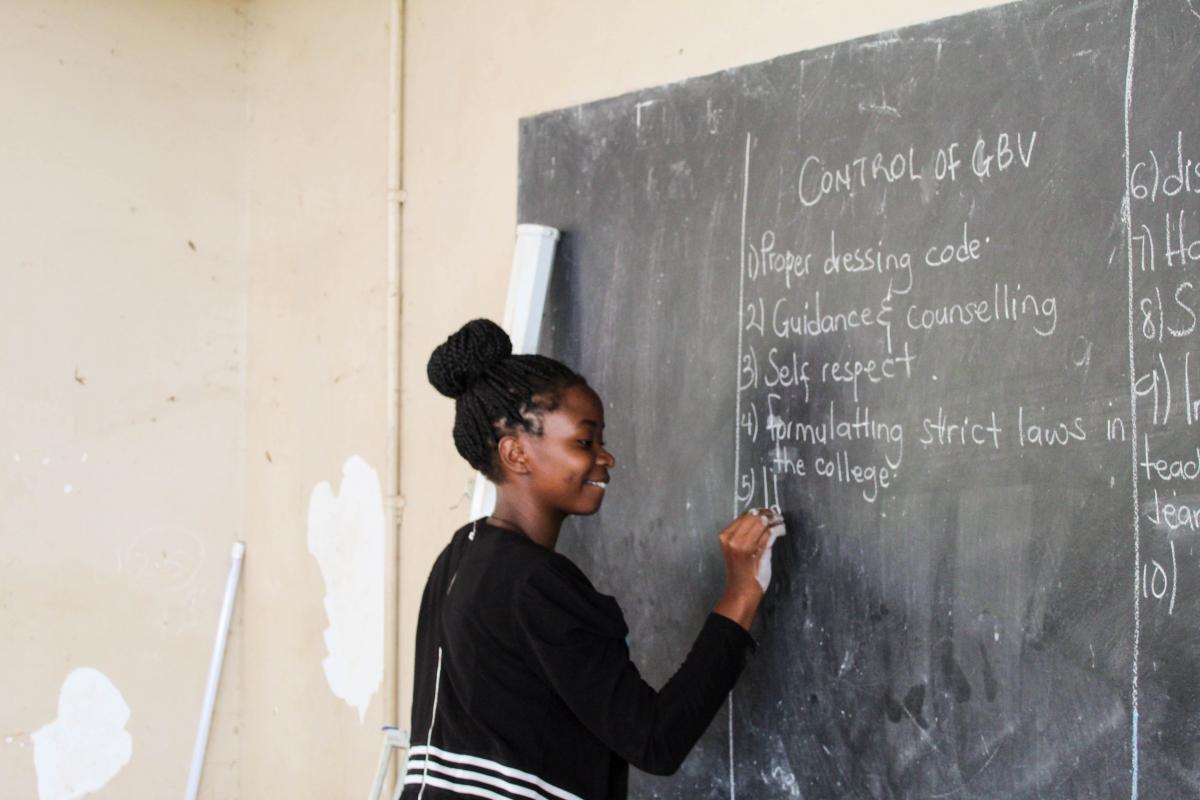 “In 2017, a female student confided in me to arbitrate a situation between her and a male student who had impregnated her and later denied the pregnancy yet they were going to leave the college. Its incidents like these and many others that inspired me to shoot this film as a film is a good platform to attract attention to GBV in NTCs and appease emotions,” says Ms Sarah Nawoova, a Lecturer of Music and Language in NTC Kaliro.

According to the GBV study which was commissioned by the Ministry of Education and Sports, with support from the Belgium – Uganda Study Fund, Ghent University (Belgium) and Mbarara University (Uganda), it was found that more women than men had experienced some form of violence. This greatly affects their academic performance since it poses a barrier to quality education and students lose the ability to focus on education because of the psychological and physical torture.

Since education has a pivotal role to play in sustainable development, Enabel, the Belgian development agency is supporting the need to create a safe learning environment in these training institutions. In doing so, the Teacher Training Education (TTE) Project which is supported by Enabel, is working with teaching staff in the NTCs of Kabale, Kaliro, Mubende, Muni and Unyama to end GBV in the colleges. The centrality of the teaching staff has been well established as the GBV study findings have equipped them with the knowledge to identify and control the prevailing forms of GBV in the NTCs.

The teaching staff are key people when it comes to raising awareness and behavioural change among the students and the managerial personnel and because of this position, they have taken it upon themselves to raise awareness and address the different forms of GBV in the NTCs. Ms Sarah Nawoova of NTC Kaliro shot a short film and composed a poem among other awareness-raising tools, in a bid to educate the students and staff about the different forms of GBV.

“I felt that writing something related to students experience and acting it out would pass on the message in addition to speaking about it,” added Ms Sarah Nawoova.

During the dissemination of the study findings, gender-responsive trainings were held for teacher trainers especially in the areas of hygiene, sexual violence and they were trained on how to respond to Gender-based violence in the NTCs through action strategies like Public Dialogues, Sensitization sessions among others.

Teacher trainers were also encouraged to provide a conducive environment where victims of GBV can approach them and also counsel them throughout the process in order to fully achieve the SDG 4.

Latest updates from this project