Launch of the Area Resilience and Development Initiative (ARD initiative) 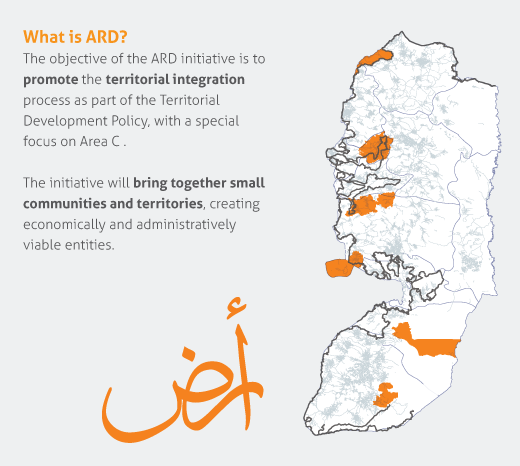 Enabel officially launched the Area Resilience and Development Initiative (ARD initiative), which is part of Local Government Reform and Development Programme.
The grant agreement with the two remaining clusters (the Jorat Amra Joint Service Council in the Qalqilia Governorate and the West Bani Zeid Cluster in the Ramallah & Al Bireh Governorate) was signed. Now the program has agreements with a total of 6 clusters in the West Bank, of which three are supported by the EU and supervised by Enabel.

The activities related to the agreements will be implemented until the end of 2019.   The objective of the ARD initiative is to promote the territorial integration process as part of the Territorial Development Policy. The initiative will bring together small communities and territories, creating economically and administratively viable entities, to :