A ray of hope for Vivian Ulea in Uganda 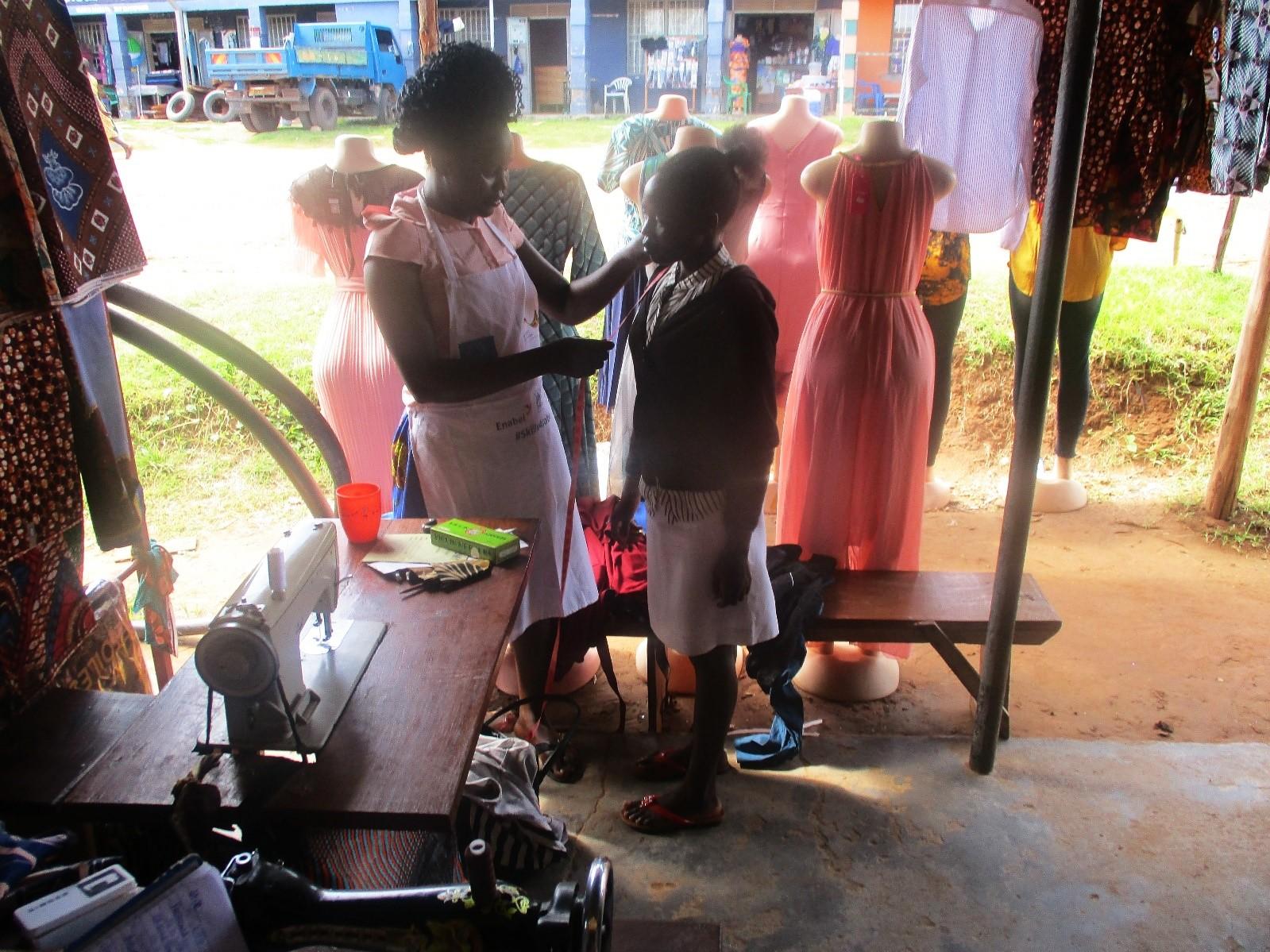 Vivian Ulea had lost hope of ever finding a job. The 29-year-old woman of Besia village in Moyo, Northern Uganda, had dropped out of Senior Four due to lack of school fees.

With no means to sustain herself, she depended on her grandmother for such basic items as soap and food. But poverty was rife. Her grandmother, like most people in the village, was a subsistence farmer. When the rains delayed and the harvest failed, she could no longer take care of her.

Vivian had no other option but to get married. Little did she know that she would jump from the frying pan into the fire. Her husband neglected and mistreated her. The situation became so bad that she ran back to her grandmother.

That’s when she got the idea of standing up for herself and enrolling in a tailoring course. She was motivated by fellow village women who were running successful businesses and able to support their families on their own.

“Having witnessed several women in my village being able to take full responsibility for their children by operating sewing machines inspired me,” she says.

In 2019, she followed a three-month training course at Moyo Community Polytechnic. The training was organised by Community Empowerment for Rural Development and financed by the Skills Development Fund.

Vivian now rents a room in Moyo town where she operates a sewing machine. She earns between 20,000 and 25,000 Ugandan Shillings a week from making clothes. The money enables her to pay her rent, buy basic needs and support her grandmother.

The fact that she no longer has to rely on other people has increased her confidence. She now socialises freely and has made many friends.

In the future, she wants to train other people in tailoring to supplement her income. With the additional money, she plans to buy land, build a house and go back to school.

Since 2019, a total of 1.731 young people have benefited from the Skills Development Fund in Northern Uganda under the German Agency for International Cooperation.

Like Vivian, they were able to move from a life of poverty and dependency to self-reliance and happiness.