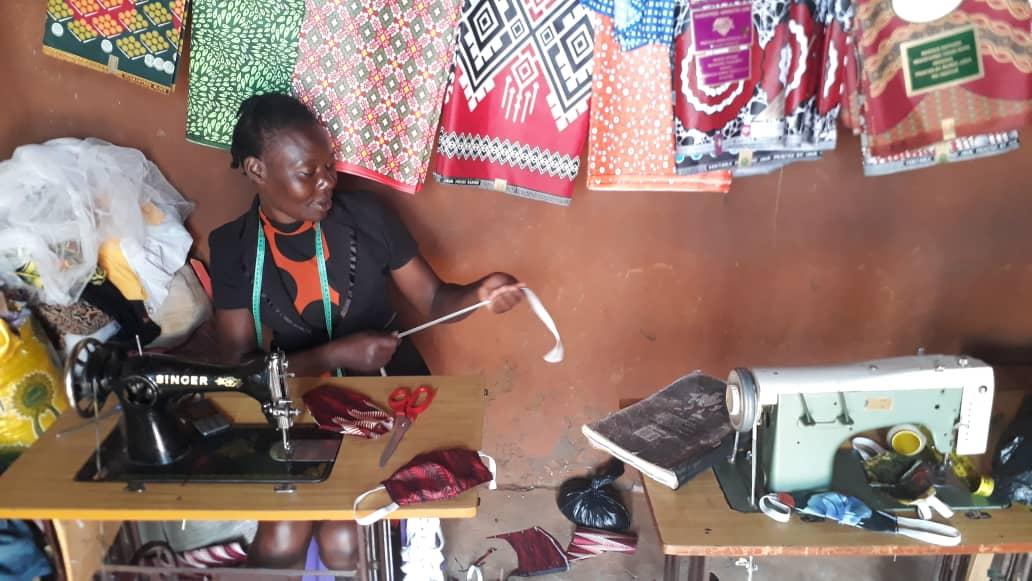 They had just received their biggest order ever. In February 2020, they won a contract to make 500 uniforms for pupils of Kisumu Primary School. But then Covid-19 struck. Schools and businesses were closed. Public and private transport were banned and a 7 pm curfew was introduced.

For Juliet Aigo and Rose Akello, who run a tailoring shop in Uganda’s northeastern region of Karamoja, it was like a dream was shattered. They had worked hard to reach where they had.

In this remote region, where child marriage and poverty are widespread, the two girls took an extraordinary step. They left the village to enroll in a training course in Moroto town, some 100 km away.
The six-month course in tailoring and fashion design at Daniel Comboni Vocation Institute was part of a skills training programme, run by Enabel.
After graduation, the two friends bought a sewing machine on credit and opened a tailoring workshop in the trading centre of Nakiripirit.

As the business took off and more orders came in, they were able to pay off their sewing machine and buy two more. The uniform contract was going to be a huge boost for their infant business.
“This was one of the biggest orders in three years. But as soon as we had started the work, the government announced a lockdown,” says Juliet.

Not only was it a major setback for their business, the girls suddenly found themselves struggling to survive and slipping back into the poverty trap they had tried hard to escape.
The course, however, had taught them to think out of the box, be innovative, and adapt to changing situations. When the use of masks in public places became mandatory, they saw it as an opportunity.

They took their sewing machines home, to the village of Acerere, and started making face masks, which they sold at UGX 1,000 each.  And since people in the village had no money for new clothes, the tailors made patching and repairing old clothes their new trademark.
“It was business as usual and we survived better than most businesses during the lockdown,” says Rose.
“On a good day, we made up to UGX 8,000.”

They also turned to farming. On Julie’s family land, they produced their own sorghum and sold the surplus. That helped them acquire additional sewing machines and expand their workshop.

Despite the setback caused by the Covid-19 epidemic, they not only managed to keep their business going but also to continue dreaming.

“One day, we want to turn our workshop into a public training centre for fashion designers,” says Rose.