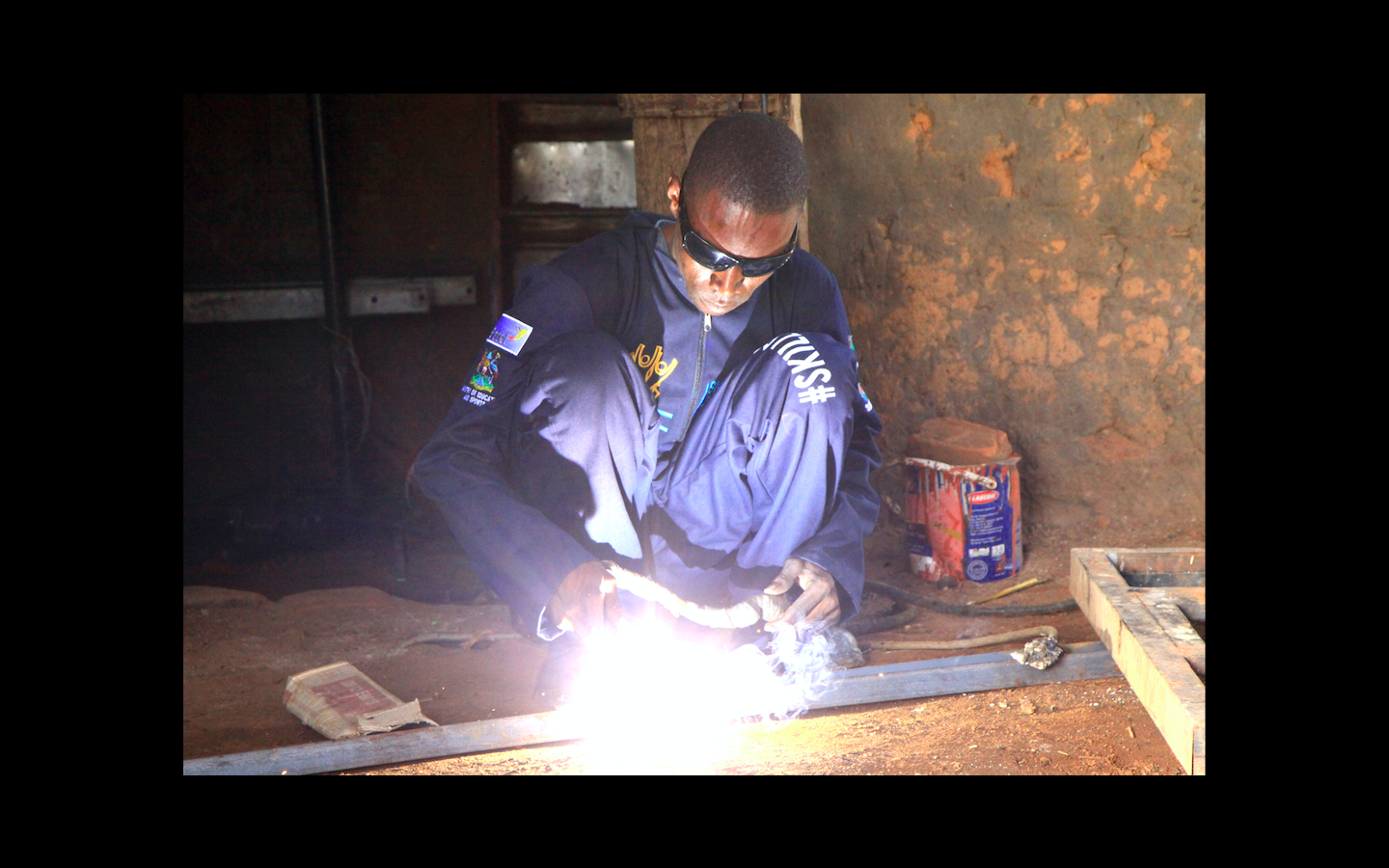 Onoit Emmanuel, has been through a lot to become the experienced welder that he is today.
He has done many odd jobs. Emmanuel started off as a casual laborer offering manual labor in his community for pay as little as UGX 10,000 ($2) a day. He then served as a worker at many construction sites and later as a security guard under G4C security group, providing free services in the company’s electronic shop in Jinja in exchange for food and shelter.

The young skilled welder from Nakapiripirit Vocation Institute in Karamoja is happy to be a professional welder and metal fabricator. “This skill is my life, it puts food at my table and has earned me respect in this place” he affirms, adding that the youth in the area have now given the titles “Ekapolon” (to mean boss in local dialect)  Luck came his way when an advert was pinned on a mango tree at the Uganda Technical College Elgon, where he had dropped out of school because he could not afford fees. Enable with funding from Ireland Embassy was recruiting Karamajongs willing to acquire practical skills for development. Onoit who had earlier attended technical training in a non-registered school in Mbarara, had spent all his little savings to give him an education only to get a fake certificate.

“This opportunity wiped all the tears I had cried after losing my money to a fake institute” he speaks with emotion. “I could not let this opportunity by-pass me” he says. After acquiring this skill, he was offered a job at a welding workshop in Nakapiripirit. Later the owner wanted to close the workshop because it was not making businesses sense.  He pleaded with him and slowly by slowly he revived it, acquired equipment and moved location to set up his own. He can now afford rental space worth UGX 80, 000 per month and has built capacity of up to UGX 4,000,000 worth of assets over time.

He is grateful that the programme has facilitated him to attend capacity building workshops to improve his skill.
Recently he even signed up memorandum of understanding with the Nakapiripirit Vocational Institute to help train fellow students. Born to Mr. and Mrs. Among Phoebe and Onoit Michael both peasants, Onoit attended Alengot Primary school, Sajik royal college and Serere High school before joining the institute.