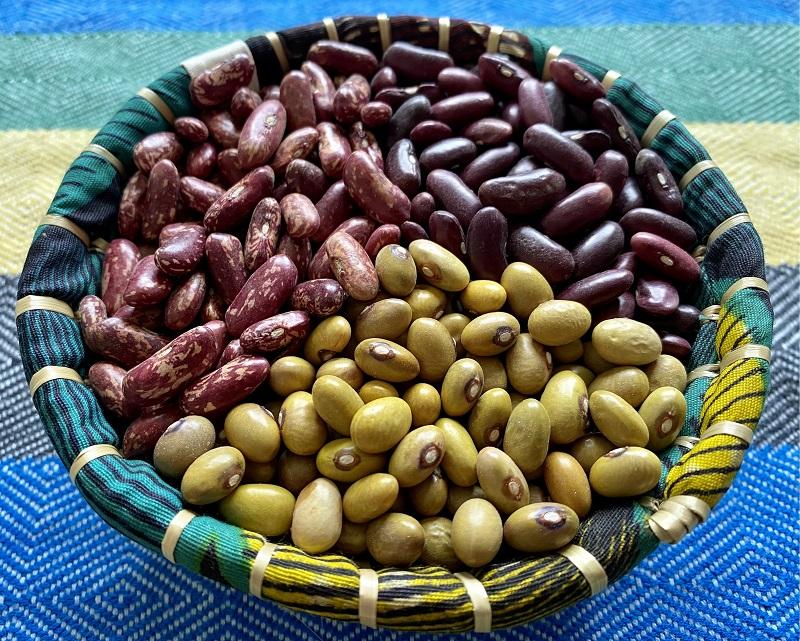 World Food Programme and Enabel join achievement has been published in the paper edition of "The Guardian" in Tanzania. Here under, you'll find extracts of the article, the full article is available here: https://www.ippmedia.com/en/business/belgian-agency-enabel-team-wfp-offer-kigoma-farmers-market

Kakonko, like neighbouring districts, has red soil that turns into a heavy dust during the dry season. When it rains, most of the residents are busy planting maize, cassava, beans, bananas as well as other staple crops. Many of the farmers are dependent of the annual harvest for the majority of their income for the entire year. “Every year we are in the fields working, but the lingering question always is, ‘Are we going to be able to find a buyer?’ and ‘How much will we get,’” says Jackson Christopher, a forty-year-old farmer, born and raised in Kakonko. Kakonko is in Kigoma region, bordering Burundi in the northwest of Tanzania. It is estimated that as a region, over 90,000 metric tonnes of beans – enough to fill 3,000 trucks - are produced in Kigoma each year. Of this, 24,000 metric tonnes are “surplus” and traded within Tanzania, supplying markets such as Dar es Salaam, and in neighbouring regions.

For smallholder farmers like Jackson, accessing these markets can be a daunting challenge. Typically, farmers market their produce locally within the village or ward. A buyer might come and purchase the produce, but the prices can be unfavourable for the farmer who is left with little to no other option. For the buyer, receiving consistent quality can be a challenge and transporting the produce up the supply chain can be expensive. “That is why we use a value chain approach to organize smallholder farmers to produce high-quality produce and bring it to market,” said Earnest Musinamwana, Agricultural Marketing Advisor for Enabel – The Belgian Development Agency.

Enabel, with funding from the Government of Belgium, works with 15,000 farmers throughout Kigoma region under the Sustainable Agriculture Kigoma Regional Project (SAKIRP). Using a pro-poor value chain development approach, farmers are systematically supported from production all the way through storage and marketing. Access to finance helps farmers purchase various agro inputs like improved and marketable seed varieties, pesticides and fertilizer while training and extension coaching on good agricultural practices helps farmers to maximize the quantity and quality of their harvests. “Our ultimate objective is to increase the income of smallholder farmers in Kigoma region,” said Earnest. “While we work to boost smallholder farmer productivity and reduce their post-harvest losses, the last piece is finding a reliable market for the produce.”

The United Nations World Food Programme (WFP) provides, refugees with rations of cereals, pulses (including beans), vegetable oil, specialized nutritious food and salt to meet their daily minimum food requirements. In total, WFP provides food assistance to 230,000 refugees in Tanzania and over one million vulnerable persons in neighbouring countries including Uganda, Democratic Republic of Congo, South Sudan Burundi and Rwanda. Last year, WFP purchased20,000 metric tonnes of food in Tanzania at a cost of nearlt USD 9 million. The food was then distributed in Tanzania and in neighbouring countries. “WFP is a big buyer of food commodities produced locally in Tanzania,” said Michael Dunford, WFP Representative in Tanzania. “In collaboration with Enabel, WFP is now able to help unlock a new market for smallholder farmers in the host community can benefit from WFP’s support to refugees. With the success of this procurement WFP will continue to expand support through more purchases directly from the local community.”

With the assurance that WFP would buy their beans, farmers supported by Enabel mobilised themselves to produce a sufficient quantity of beans while meeting the required quality levels. Jackson harvested 18 bags, or about 1.3 metric tonnes of market-grade beans.

“WFP and Enabel are key partners in this project, providing a catalyst for transforming smallholder farming from a largely subsistence operation into a commercial one,” said Peter Van Acker, Ambassador of Belgium to Tanzania, “and purchasing food directly from smallholder farmers in Kigoma is a great opportunity to support the refugee hosting communities. In my previous capacity as Director of Humanitarian Affairs at the Belgian Ministry of Foreign Affairs and Development Cooperation, I had been struggling with the concept of the nexus between humanitarian and development aid. To see this happening now in Tanzania makes me extremely proud."

“For too long, humanitarian and development actors have been working independently one from another. Enabel believes that strengthening the coherence and coordination between humanitarian and development efforts and building on their respective comparative advantages strongly contributes to reduce needs, risks and vulnerability of populations. Supporting the humanitarian-development architecture through local development actions reduces the vulnerability of displaced women and men while it enhances the resilience of communities and systems in hosting countries” said Patrick Gaudissart, Resident Representative of Enabel in Tanzania.

**Enabel is the Belgian development agency. It implements and coordinates Belgium’s international development policy and primarily works for the Belgian State. The agency also implements actions for other national and international donors. Enabel manages about 150 projects, mostly in fragile states in Africa. Enabel has 1,500 staff, of which more than 70% is local personnel. In Tanzania, Enabel is currently active in three sectors: Natural Resources Management/Water/Agriculture in Kigoma region and food security in Arusha Region.