Ceremony to hand over Water Supply Scheme infrastructures and operations 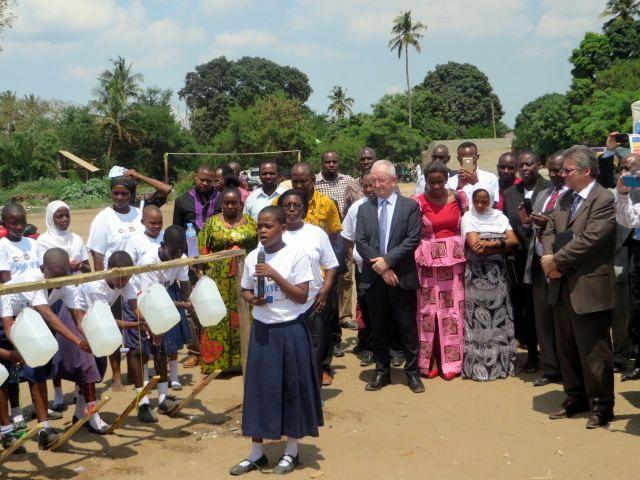 Tuesday, 8 December 2015, Dar es Salaam - The project, commonly known as the Maji Yetu ("Our water") project, handed over the constructed infrastructures and operations to the respective beneficiaries in the presence of H.E. Paul Cartier, Ambassador of the Kingdom of Belgium, EU Head of Cooperation Eric Beaume and the Permanent Secretary of the Ministry of Water Hon. Eng. Mbogo Futakamba.

The Maji Yetu project set up 15 Water Supply Schemes in peri-urban, low-income settlements of Dar es Salaam, supplying 200,000 people with clean and safe drinking water. Through the Memorandum of Understanding (MoU) which was signed during the ceremony, the constructed water infrastructures have been handed over to the Dar es Salaam Water and Sewerage Authority (DAWASA), while the management of operation and maintenance of the Schemes have been handed over to the community based Water Consumers Associations (WCAs). The MoU serves to render the user rights to the respective WCAs, and marks the closure of the project that started in October 2007.