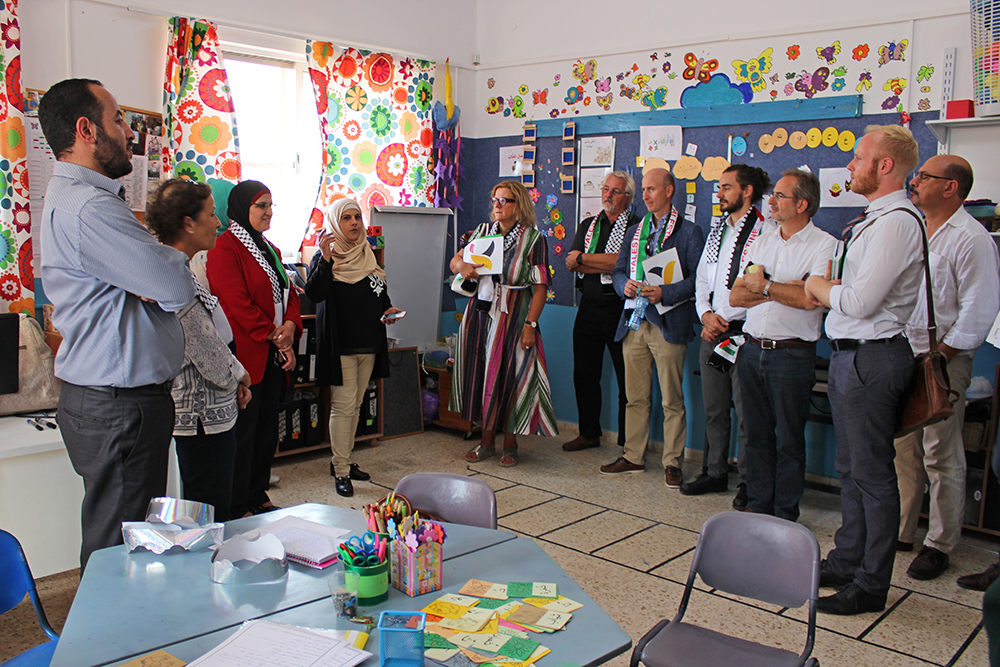 European Union Heads of Cooperation in Jerusalem and Ramallah visited a number of Palestinian schools in East Jerusalem. The delegation was briefed on the educational situation and the challenges facing Palestinian students and schools.

At Al Rawda Al Haditha in Zaayem, the school administration briefed the delegation on the challenges facing them in their daily work. The principal and the teachers highlighted the achievements of the students who were able to overcome the obstacles and demonstrate strong educational performance. The students' parliament presented the concerns and aspirations of the students. The Belgian Development Agency, Enabel, then presented the work to be done in the context of the future cooperation between the EU and Enabel under ''the resilience in schools in East Jerusalem'' project. The delegation then met the Head of Zaayem Community Council who briefed them about the community that is facing many risks due to the Israeli measures.

The group visited later Sheikh Sa'd Boys School where they met with representatives of the local community and school administration. The NGO Terres des Hommes briefed the group on the challenges facing the education system in East Jerusalem and the ongoing efforts to counter the negative consequences on the students' well-being and academic performance.