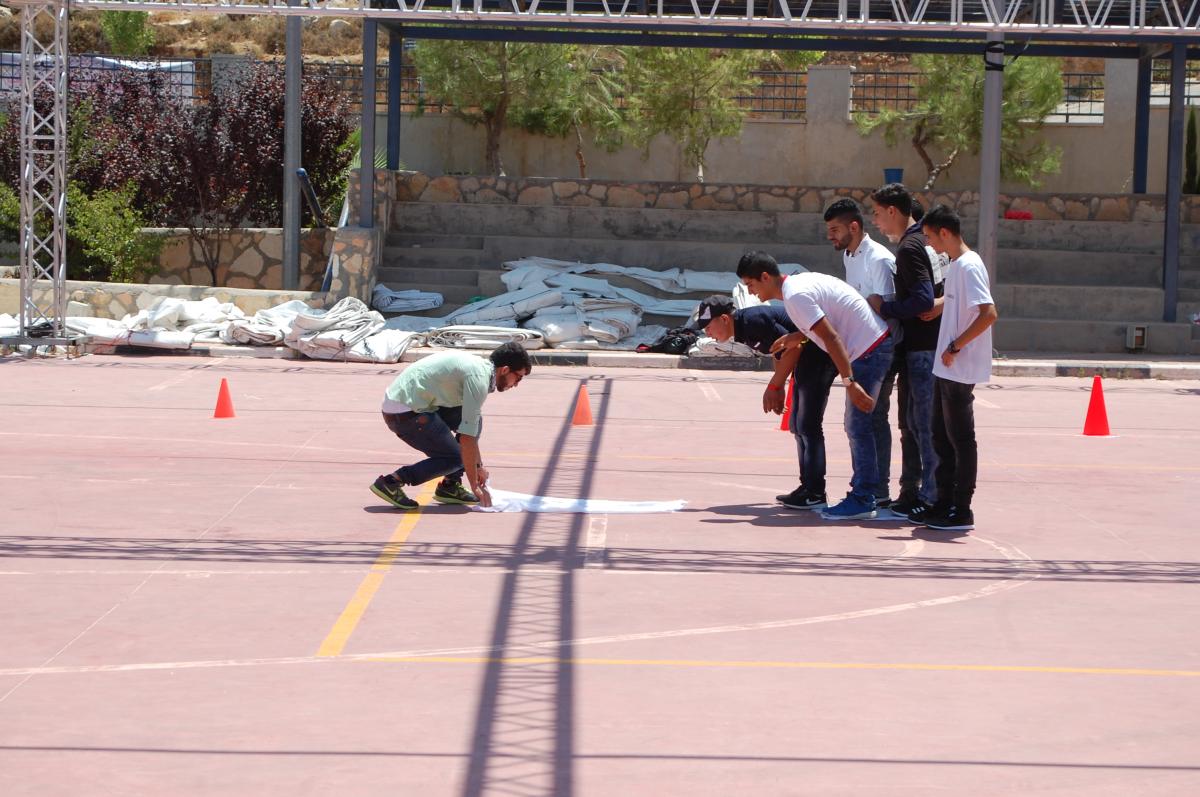 On the 17th of July, the World Youth Skills Day was celebrated in Ramallah, in presence of the Minister of Education and Higher Education, Dr. Sabri Saidam, the Deputy Minister of Labour, Mr. Naser Qatami, the head of the Palestinian Federation of Chambers of Commerce, Industry and Agriculture (PFCCIA), Mr. Khalil Reziq, the Belgian Development Agency (BTC),represented by Dirk Deprez, and the German Corporation for International Cooperation (GIZ), represented by Rachel Folz as well as a lot of young people of course.

The speakers all emphasized the importance of the partnership between vocational and technical institutions (TVET) and the private sector. In order to reduce youth unemployment, we need to strengthen the linkage between these two sectors and better link the demands of the labor market to the curricula in the vocational institutions.

During the World Youth Skills day, an agreement has been signed between the private sector, represented by the PFCCIA, the Ministry of Labour and the Ministry of Education and Higher Education, giving PFCCIA the authority to take the lead for Palestine in the WorldSkills organization. Furthermore, agreements have been signed between 6 TVET institutions and the local Chambers of Commerce, Industry and Agriculture ( CCIs).

The Belgian Development Cooperation and GIZ, two partners of WorldSkills in Palestine, supported the event as a part of its Work Based Learning project, that tries to close the gap between the world of training and the world of work. The mission of WorldSkills is to raise the profile and recognition of skilled people, and show how important skills are in achieving economic growth and personal success.

Young people are almost three times more likely to be unemployed than adults and are often exposed to lower quality of jobs, labour market inequalities, and longer and more insecure school-to-work transitions. In addition, women are more likely to be underemployed and under-paid, and to undertake part-time jobs or work under temporary contracts.

WorldSkills is an initiative that focusses on this gap between the training and work environments. It is the collective voice for skills excellence and development in vocational, technological and service oriented careers around the world. Through international cooperation and development between industry, government, and institutions, they promote the benefits of and need for skilled professionals through grass-roots community projects, skill competitions, and knowledge exchange.

Since 1950 they have raised the awareness among youth, as well as their parents, teachers and employers, that our future depends on an efficient skills training system. Today WorldSkills represents more than 45 skills in 72 member countries and regions, all working together with youth, educators and industries to help prepare the workforce and talent of today for the jobs of the future.

In June 2015, Palestine was approved as the 75th Member of World Skills International. The Palestinian focus lies on advising, advocating for, guiding, and supporting the TVET sector as well as labor market policies and programs.