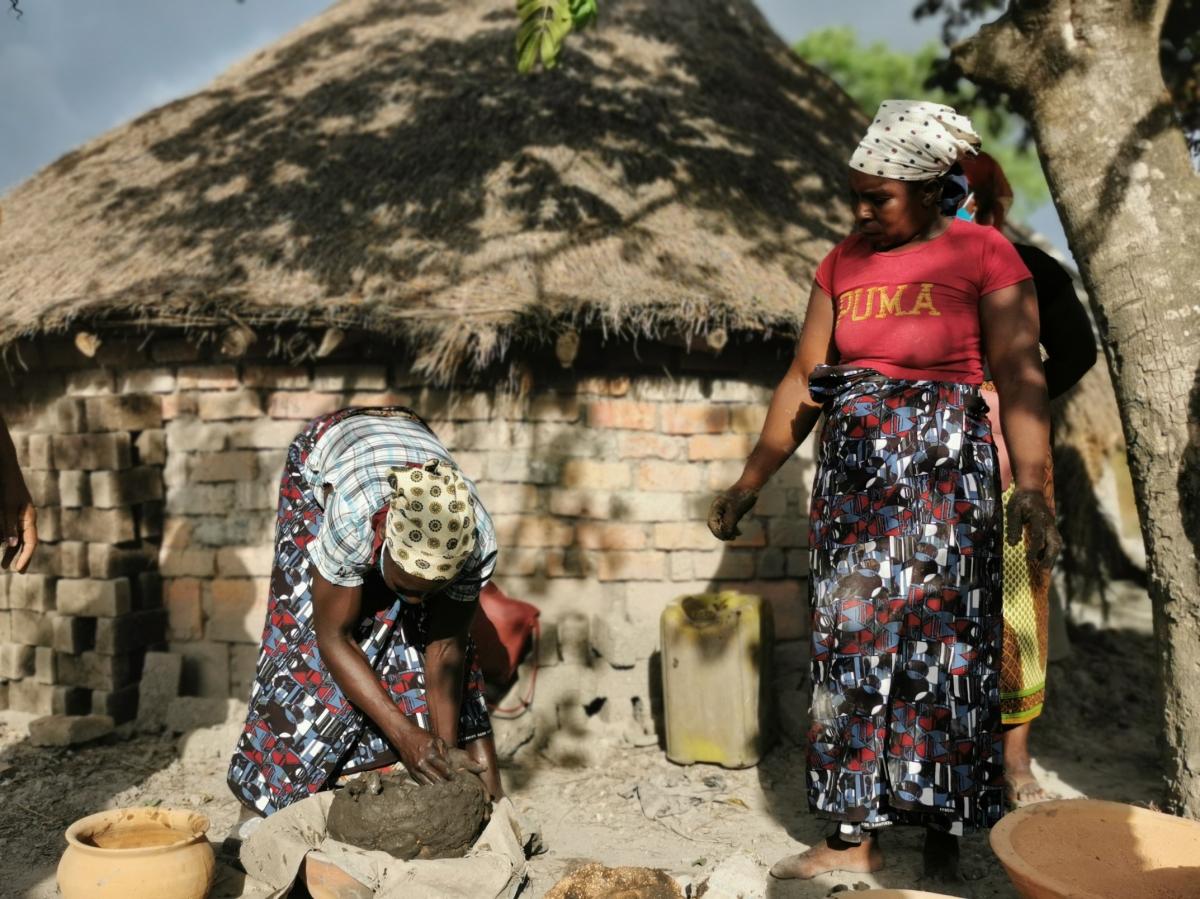 By: Evert Waeterloos and Akila Munir

Around 2.7 billion people around the world still utilise traditional cookstoves with solid fuels such as firewood, coal and dung for daily cooking and heating. Women and girls play a pivotal role for energy provision in households, including collecting traditional fuels, which constrains them from pursuing other social or economic generating activities. Since they are also responsible for cooking the meals, they are disproportionately affected by the health impacts of indoor air pollution and risks associated with solid fuel collection (UNIDO/UNWomen 2013; World Bank 2018).

“Before buying the improved cooking stove, every time I cooked, my home would be filled with smoke and my eyes would burn” – Maria from the district of Chonguene, Gaza Province, Mozambique

Adopting the shift to clean, efficient cooking practices can reduce air pollution, improve people’s health, but also mitigate the environmental impact and increase social and economic productivity. However, changing cooking practices in households is not always easy, as it involves raising awareness of the associated benefits of adopting improved cookstoves and cleaner fuels, changed behaviour and access to affordable products. Within the renewable energy portfolio, Enabel in Mozambique is working with the Ministry of Mineral Resources and Energy in capacity building of gender mainstreaming in the renewable energy sector. Enabel has held various seminars and workshops in the past years to address the gender dimensions of the UN’s 2030 objective of sustainable access to energy for all. The most recent seminar was held from the 15th to the 18th of December 2020, and focused on the role of solar home systems, clean cooking stoves and biomass fuels.

Twenty gender focal points from the central and provincial directorates gathered together in Xai Xai, Gaza Province from the 15th to the 18th of December 2020o to debate on the role of gender in the energy sector, government’s objective to facilitate sustainable access to energy for all (including the majority of the population that live in very remote areas), and clean and accessible energy alternatives for rural communities outside the grid. The seminar was designed to be participative and immersive, and zoomed in on the promotion and training of women in business management and sustainable energy technology, such as solar home systems (SHS), locally produced and marketed improved cooking stoves, and bio-briquettes.

The focal points visited for instance the village of Macupulene in Chonguene district, which hosts a cooperative that produces, sells and transports improved cooking stoves. Women of the community play a significant role in making and selling the clay-based improved cooking stoves. They not only produce, but also act as entrepreneurs and activists which, through the cooperative, are successfully raising awareness of the benefits of improved cooking stoves in countering the unsustainable harvesting and use of firewood and charcoal in the district. Including women as part of this supply chain and generating an income, helps them move out of poverty while simultaneously implementing a multi-level awareness campaign.

Alberta, a mother of 4 that lives in Chonguene, said “I now spend less time cooking meals for my family and I can see my children more during the day”. Likewise, Mama Lucinda, one of the women entrepreneurs and activists from the cooperative said “Not only does my husband support me as I contribute to the house, but I feel like the community supports me as we bring these stoves to their homes.”

The community visits and interactions with the entrepreneurs were one of the several participative activities of the seminar. At the end of the seminar, the gender focal points felt that they now have greater understanding of the concept of access to energy for all, and the empowering effect locally produced alternative technologies can have. They also elaborated a draft Action Plan to be shared with the Ministry of Mineral Resources and Energy for gender mainstreaming in the renewable energy sector. Enabel has committed itself to support such gender mainstreaming activities in the coming 2 years.