Mainstreaming gender in the (renewable) energy sector in Mozambique 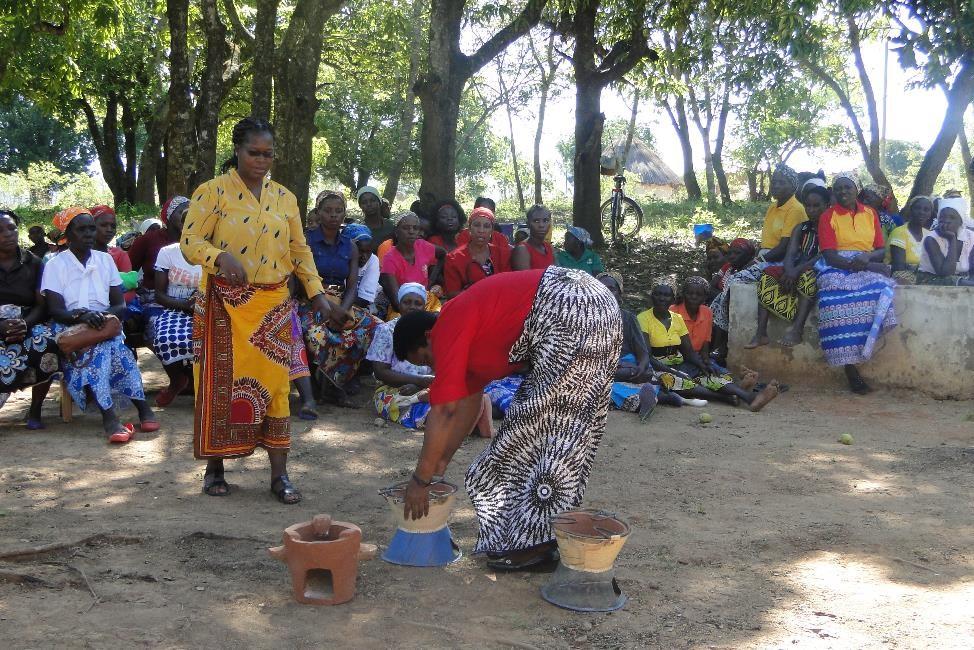 The world today faces a signiﬁcant energy divide between rich and poor countries, with more than 95% of the world’s population lacking access to electricity and clean cooking facilities living in sub-Saharan Africa and developing Asia. But energy inequality also persists within countries, for instance between income classes or regions, with the majority of people without access to electricity in their home residing in rural areas. For those in rural areas who do have access, lighting and television use account for at least 80% of electricity consumption; only 2% of the rural population uses electricity for cooking. Thus, 2.7 billion people rely daily on traditional biomass and solid fuels for cooking.  The energy divide is also gendered. Women are to a large extent responsible for household and community energy provision. Thus, without access to modern energy services, women and girls spend most of their day performing basic subsistence tasks, including time-consuming and physically draining tasks of collecting biomass fuels. This constrains them from accessing decent wage employment or other livelihood options, educational opportunities, and social and political interactions outside the household. At the same time, cooking with biomass is particularly detrimental to the health of women and children. Illnesses from indoor pollution result in more deaths of women and children annually than HIV/AIDS, malaria, tuberculosis and malnutrition combined. Other important direct gendered health impacts include chronic diseases such as asthma, burns, injuries and violence against women and girls when collecting fuel from remote areas or at night (UNIDO/UNWomen 2013).

In the context of the post-2015 development agenda, the UN launched in 2012 the “Sustainable Energy for All Initiative” (SE4ALL). The SE4ALL initiative aims to ensure universal access to modern energy services, double the global rate of improvement in energy efﬁciency, and double the share of renewable energy in the global energy mix by 2030. The consultation process has led to, among others, a focus on gender when working towards energy for all, and a proposal to extend the SE4ALL objectives with two additional targets: Reducing by half the number of  premature deaths due to indoor and outdoor air pollution; and providing modern energy services to 400,000 primary healthcare service providers in developing countries (UNIDO/UNWomen 2013).

Gender and renewable energy in Mozambique

Mozambique ranks 142nd out of a total of 189 according to the UNDP Gender Inequality Index (2018). Of its population of 51% women, 72.2% live in rural areas and 24.1% are household heads. The social sectors of education and health have seen improvements in terms of gender equality and equal opportunities. However, the economic situation has seen limited improvements for the large majority of Mozambicans depending on small-scale agriculture and the informal economy.  A main challenge is that the state and the judiciary are not sufficiently strong to implement legal instruments such as the Family Law and the Law Against Domestic Violence at the local level (Tvedten 2011). Mozambique has a huge energy potential of more than 23 TW. For rural electrification projects, the current technological evolution allows decentralised generation by harnessing renewable energy resources such as sun, wind, water, biomass and geothermal energy. This generation is off-grid at or near the point of use, where the users are the producers -whether individuals, small businesses and/or a local community. Such small-scale generation plants may ideally also be connected with each other or with nearby networks.  Despite the wide range of socio-economic and environmental arguments in favour of such decentralised energy production, policy, legal, technical and financial barriers prevail. Specific examples are poor institutional frameworks and infrastructure; inadequate planning policies; uncoordinated actions in the energy sector; pricing distortions due to the strong subsidy of fossil energies; high initial capital costs of decentralised systems; weak dissemination strategies; lack of consumer awareness, skilled (wo)manpower and baseline information; and weak services and weak maintenance of infrastructures (Vezzoli et al. 2018).

It is against this backdrop of access to clean, affordable, sustainable energy in Mozambique to promote economic development, poverty reduction, environmental sustainability and not in the least gender equity, that Enabel has this year sought expert guidance on gender mainstreaming its energy portfolio.  This will include advice on gender-responsive policy frameworks; the promotion and training of women in business management and sustainable energy technology; and the promotion of equitable power relations within households, workplaces and communities. The elaboration of such a systematic approach through the Enabel project “Capacity Development of the Ministry of Mineral Resources and Energy (MIREME) and Energy Regulatory Authority (ARENE)”  is also hoped to inform ongoing and future Enabel interventions in Mozambique on access to water and health and climate change adaptation/mitigation.